Study Indicates Only 11% of Top Companies Use Responsive Design 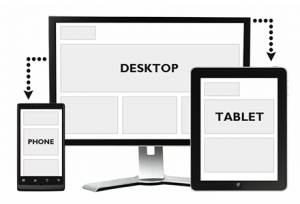 A new report for the Interactive Advertising Bureau (IAB) indicates that very few company’s websites are designed and coded to be Responsive. Responsive Design, which has emerged as the most effective technique to build a modern website, controls how a site looks on mobile, tablet and desktop devices. The UK study suggested that 11% of the highest spending advertisers’ had mobile optimized websites. Brands included in this survey include Nissan, Microsoft and Chanel.

Incorporating a Responsive Design strategy has a positive impact on conversion. For example, after converting their website to Responsive, O’Neill Clothing found that on iPhone and iPad:

Similarly, Skinny Ties launched a Responsive site in October 2012 and within a matter of weeks noticed a massive improvement on sales: