Bot traffic on the rise

Bot traffic is on the rise. According to a new report from Quarterly Bot Traffic Market Advisory from Solve Media, 51% of Internet traffic in the US was suspected of being "suspicious" in Q3 of 2013.

Solve Media has estimated that approximately 27% of mobile activity in the US was suspicious. The quarter prior the number of 22%. 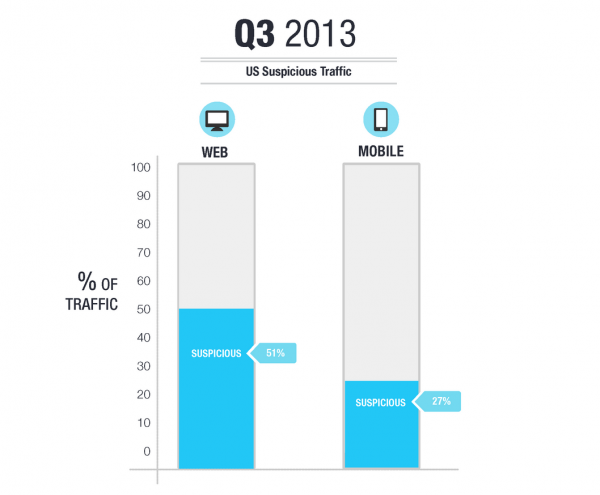