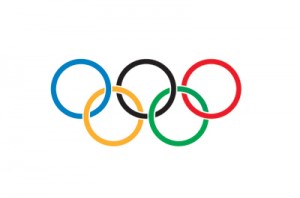 With the opening of the 2014 Winter Olympics in Sochi, Russia only a day away, there have been concerns regarding how Russia will handle the enormous data traffic that will inevitably occur as participants, fans, and media descend upon the country. Unfortunately, it seems as though there may be some problems afoot.

Video optimization firm Skyfire published a report a few weeks ago, revealing that Russia’s 3G networks may struggle with the load put upon it, thereby giving customers a less-than-stellar video experience. The company’s statistics report that over 16 percent of the videos streamed the 3G networks ran at 300 kbps or less, contributing to a low-resolution picture. While this may not be such an issue for the population of 500,000 that lives in the city of Sochi, adding millions of tourists and media outlets to the mix will only add issues to the overloaded network.

On Device Research also published data about the event, revealing that 37 percent of Russian mobile subscribers encounter the dreaded buffer loop when trying to access video over the 3G network. Worse yet, 50 percent of mobile users said they had unsatisfactory experience with mobile video.

Still, in December of 2013, MegaFon, which claims to be the official mobile operator for this year’s Winter Olympic Games, launched its 3G networks for use. Having another network to buoy the dramatic influx of users may certainly help, through whether its speeds are capable of handling the load remains to be seen. The company struck deals with the biggest Russian mobile operators for “inter-operator roaming,” giving an increase to network bandwidth between 40 and 110 percent. MegaFon and other mobile carrier, Rostelecom, were the only businesses permitted to add to the network around the sporting facilities where the games will be held.

After only two weeks with the mobile towers in place and the network available, there were still multiple issues with the network. Roaming was initially meant to have an automatic connection, but users concluded that in order for the mobile device to use 3G or even make phone calls, settings within the mobile device itself had to be changed manually in order to access the network. MegaFon insisted that such issues would be taken care of before the start of the games.

The Winter Olympics could certainly be considered a practice run for Russia, as the 2018 World Cup is also scheduled to take place there. If not smoothly operational this go around, there’s hope for the future.