36% of Internet Traffic is Fake 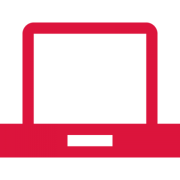 A Third of Internet Traffic is Fake.

The Interactive Advertising Bureau recently revealed an estimate which stated that over one third of all internet traffic is not real. The Bureau also mentioned that much of this traffic is generated by viruses which redirect host computers to websites. Web security experts such as the firm White Ops claim that these fraudulent sites are designed to trick advertisers into buying publishing space on the site.

There is a definite need to address the issue. Advertisers will either have to use knowledge gained through advanced analytical tools to help them identify fraudulent websites or incorporate the viewer loss into the value of online advertising space. It does not seem likely that knowledge of fake traffic will deter advertisers from employing the internet to reach viewers since we have been experiencing a societal shift onto internet mediums.