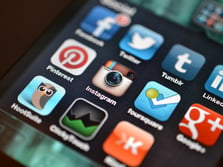 For the first time in history, mobile applications have overtaken PC web usage.

In January of 2014, smartphones and tablets were responsible for 55% of internet traffic in the United States. This is the first time for mobile apps to have surpassed PCs in internet usage in the US. The majority of traffic was driven by mobile applications (47%) while mobile browsers accounted for 8%. PCs made up 45% of traffic.

The shift to mobile apps also follows a record decline in PC shipments, which fell by 10% from 2013 to 2012. Meanwhile, smartphone adoption increased by 39%. According to the Pew Research Center, as of January 2014, 90% of American adults had a cell phone, 58% of those were smart phones, 32% owned an e-reader and 42% owned a tablet computer.