Picture it: you’re doing some shopping for your apartment, and you want to check what the next store has to offer on your mobile phone before walking inside, as you are unsure if they have the product you need. You pull up the website on your phone, but the load time is incredibly slow or the pictures refuse to appear. You have now spent more time trying to access the website than if you were to simply walk in.

Most of us don’t have to picture it; it happens often enough that you are familiar with that kind of frustration.

Mobile web developer Trilibis conducted a study on brands that create websites using responsive design and their reliability of consistency across multiple platforms and devices. What they found is that mobile sites with responsive design and heavy-handed imagery take an “unacceptable” amount of time to load.

Trilibis studied 155 major  responsive design websites – such as Starbucks.com and Engadget.com – for their page weight, images, and load times. They found that 69 percent of the websites had a four or more second load time on a smartphone.

The culprit behind the slow load times was, unsurprisingly, image-heavy sites. The study showed that if a page weight went beyond 1MB, the load time became unacceptable. Of the websites surveyed, 61 percent had a homepage that was at least 1MB in size, and where images comprised an average of 50 to 60 percent of the site’s page weight. 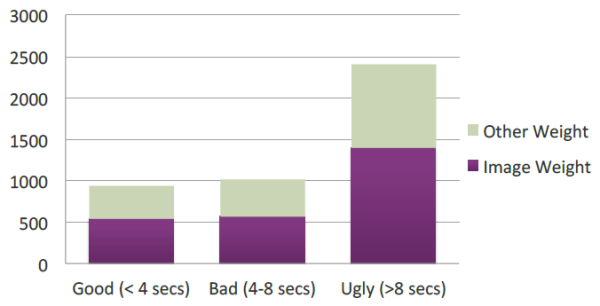 Trilibis then went a step further and experimented with those 64 sites where their homepage weight surpassed 1MB. By simply reconfiguring each image on all sites to better work on mobile devices, Trilibis slashed page weight on smartphones by 77 percent. 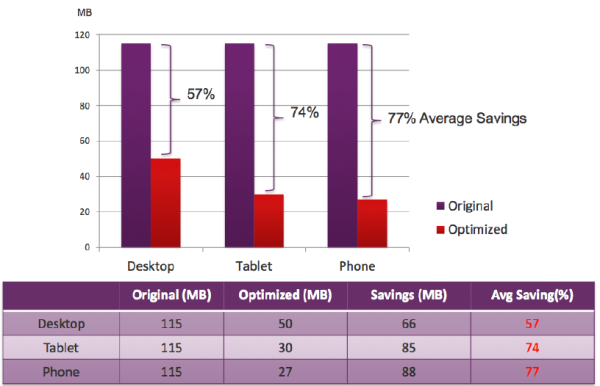 It may be wise to take a second look at your website and ask yourself how fast and cleanly everything – including images – load on multiple platforms and devices. A customer may become discouraged if they cannot quickly access the information they need, resulting in the loss of business.