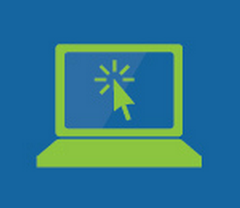 With social media marketing becoming so popular over the past few years, is email marketing on its way out? Recent numbers from the Email Marketing Census 2014 suggest that this is not the case.

Another study published in February of 2014 by Ascend2 discovered that 87 percent of companies regard email marketing as being ‘very’ or ‘somewhat’ profitable. The remaining 13 percent maintained their email marketing promotions were unsuccessful. The Ascend2 study also found that 68 percent of those businesses that ran email projects across specific regions around the globe (primarily Europe and the US) had an increase in their email register. In contrast, 25 percent said their email lists saw no change, and only 7 percent claimed their email list had decreased.

The Ascend2  study also found that email marketing has been and will continue to be a changing landscape. Businesses are integrating new ideas and technologies into their campaigns, as the following numbers reveal:

“Email is not dead. Here are five reasons it's alive and well.” 2014. Econsultancy.com