How the Web Influences Offline Sales 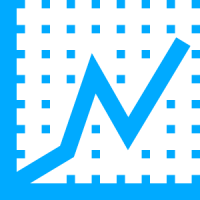 According to new numbers released this month, Google and other internet search engines have a major influence on a customer’s purchasing journey. Marketing research group Forrester approximates that the internet will influence 50 percent of offline retail sales in the U.S. by 2017. That number translates to roughly $1.8 trillion in-store sales.

The internet’s influence and the correlating marketing numbers for recent years are as follows:

Consumers are also more likely to use search engines to research products while in store over any other method, as these numbers show:

YouTube plays a major role in consumers’ purchasing decisions, especially in comparison to television ads. Out of the consumers surveyed, 78 percent agreed that YouTube had a stronger influence in purchasing beauty products, 61 percent on YouTube’s influence for purchasing smartphones, and 73 percent for automotive vehicles. Forty-nine percent of surveyed consumers said that television ads had a greater influence when purchasing beauty products, 52 percent said the same for smartphones, and 60 percent for automotive vehicles.

“How does Google influence the retail customer journey?” 2014. Econsultancy.com