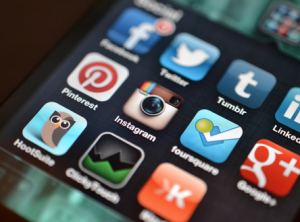 Google announced last week changes to Adwords which are to come into affect over coming months. Acknowledging it’s no longer about devices but about connecting consumers with content anywhere, anytime and on any device, Vice President of Product Management, Adwords Jerry Dischler unveiled a range of enhancements with a focus on improving app targeting and engagement.

During the livestream event, Dischler highlighted that 50Bn+ apps had been downloaded from the Google Play store and according to Flurry apps command 86% of the average U.S. mobile customers time (from data collected between January and March 2014). This confirms that targeting in the app space is more important than ever to get noticed by the right customers. Enhancements across the Google search network mean marketers and brands will be able to target customers more specifically based on data such as:

Along with this, the current YouTube, TrueView offering will allow consumers to install apps straight from ads rather then being taken to a download page so that it is much more seamless.

Although many apps are downloaded they often do not get a second look. A study by Compuware via Digital Trends found that 'anywhere between 80 to 90 percent of all downloaded apps are used once and then eventually deleted by users’ and further, only 16% will give an app a third chance if it fails to work the first couple of times. To help with this, a new feature described as ‘deep linking’ by Google, allows those who have already downloaded an app to be targeted by ads that directly link to specific pages within the app.

Measuring the effectiveness of campaigns is a critical factor for marketers and brands enhancements in this area mean it will be possible to measure conversions across the lifecycle of an app including installation, each engagement and in-app purchases.

(according to a Compushare via Techcrunch)