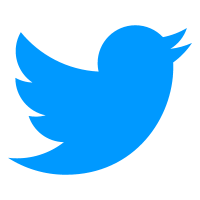 Brands with Twitter accounts may not realize how important their presence on that social media platform may be. As it stands, two-thirds of public brand mentions on social media occur on Twitter.

The stats come from Mention, who analyzed one million mentions to 200,000 companies.

The report states that, “the quantity of interactions on Twitter may now rival many businesses’ interactions through their customer service teams,” and for good reason. Brand names now receive an approximate 39 tweets per day, equaling to 237 mentions per week.

Nearly 31 percent of tweets to brands or company names don’t include their Twitter handle. Without that little “at” symbol, companies may be missing out on that 31 percent of both negative and positive feedback. The report also suggests tracking variations of brand names, as misspells from consumers frequently occur.

In the same vein, only 9 percent of tweets that mention companies begin with the “at” symbol. This means that 91 percent of consumers are talking aboutthe company instead of to the company. What this means, the report maintains, is that brands should engage in conversations with consumers, even if the tweets are not immediately directed toward the brand’s Twitter.

Sixty percent of tweets that mention companies not being retweeted, both a blessing and a curse. On one hand, negative tweets are less likely to go viral, but on the other, positive mentions are not likely to be seen by many others.

Finally, the report details that 60 percent of brand mentions happen outside of the 9am to 5pm schedule. Suggestions include handing off social media engagement to those in the company who are able to interact with consumers at off-hours and odd times of the day, including weekends. Not only will your company be better able to deal with both positive and negative interaction, but also it will show that your company is approachable at all times of the day.