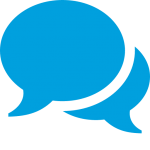 Ofcom recently released a report about the communications market focusing on how we, the public, consume media. The study covered nearly 2,000 adults and 800 children and found that teenagers are the most ‘tech-savvy.’ In fact, the study goes so far as to say that four-year-olds have the same perceptiveness when it comes to communications technology as 45-year-olds.

Other notable facts include:

The average person now spends roughly 8 hours and 41 minutes on media and communication activities, compared to 8 hours and 21 minutes sleeping. Other non-media activities account for approximately 6 hours and 58 minutes.

Chief Executive of Ofcom, Ed Richards, commented on the findings:

"Our research shows that a 'millennium generation' is shaping communications habits for the future. While children and teenagers are the most digitally-savvy, all age groups are benefitting from new technology. We're now spending more time using media or communications than sleeping. The convenience and simplicity of smartphones and tablets are helping us cram more activities into our daily lives."