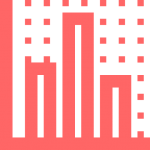 Despite Halloween barely just around the corner, the holiday season will quickly amp up after the calendar changes to November. Marketers will need to begin their planning for holiday strategies if they haven’t already. For example: Cyber Monday. Looking at last year’s numbers, visits to inbound ecommerce websites on 2013’s Cyber Monday grew by 102 percent.

Surveyor Offerpop looked at 120 professionals and inquired about their marketing plans and predictions. Last year’s estimated holiday spending came in at 602 billion and is expected to increase 8 percent by the end of 2014. Compound that with 1.32 billion Facebook users, 271 million Twitter users, and 150 million Instagram users, and it is no surprise that social media platforms will play a huge role in that increase.

When it comes to the primary goal of marketers for the holiday season, 62 percent said that driving sales and extending branch reach was number one. Nineteen percent said generating qualified leads was their top priority, and 13 percent said driving traffic to their website is at the top of their list.

Which platforms will marketers focus the majority of their social market marketing budget? Facebook obviously got the top spot, with 92 percent. Other platforms rank thusly:

Finally, while marketers may be testing the water with the input of more funding to often-ignored social media platforms (such as Instagram or Vine), the majority will not be investing in the more untested networks. Forty-eight percent said that out of Snapchat, Wanelo, Yo., and Swarm, they would decline putting money into those letter-known networks.