80% of US Adults Receive Breaking News from Digital Sources 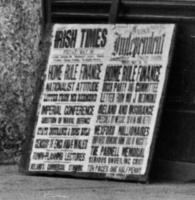 A study by the Newspaper Association of America recently found that 80 percent of adult internet users in the US read breaking news content via digital news sources. The study, conducted in August 2014, saw 164 million unique visitors to digital newspapers, equating to an 18 percent increase over the year.

The growth (and decline) of how US audiences accessed digital newspapers by device versus the same period of the prior year are presented as such:

The study also looked at how the audience accessed the digital newspapers by device:

The largest increase the study found for mobile-only readers? Women. Females aged 18 to 24 jumped 204 percent from last year. Coming in second and third were males aged 35 to 44 and 45 to 54, rising 188 percent and 163 percent, respectively. Women 55 and older also made a splash, rising 122 percent.