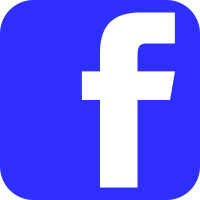 Once again, Facebook proves that it can hold its own in the mobile world.

New data from Nanigans found that ad spending for Facebook on the mobile plane in Q1 2014 surpassed the spending for desktop ads. Advertisers are continuing to shift their spending to mobile devices instead of PCs. This has been a dramatic shift in a short amount of time – in the third quarter of 2013, Facebook advertising worldwide assigned 54.6 percent of their spending to desktop, and mobile received 45.4 percent.

Not surprisingly, return on investment has also been low for desktop ads. Another recent study looked at marketing ROI from both desktop and mobile ads, and found that the disparity continues. In June of 2014, 37 percent of advertisers in the US said that their ROI was somewhat or much greater than desktop, up from 35 percent when the same survey was given in September 2013. Those who said that desktop ROI was greater than mobile also dropped from 27 percent in September 2013 to 23 percent nine months later.