Facebook this year announced it is putting drones and satellites in the air over developing countries to help bring its social network to new populations. After all, in the US, its saturation is already pretty high (59.17%). These other Facebook marketing stats and trends further suggest there are still going to be marketing opportunities on this social network for years to come. 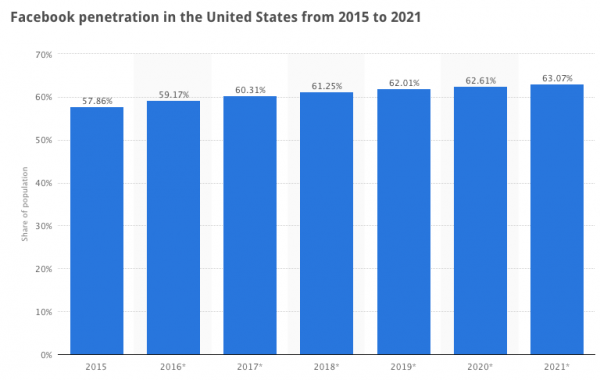 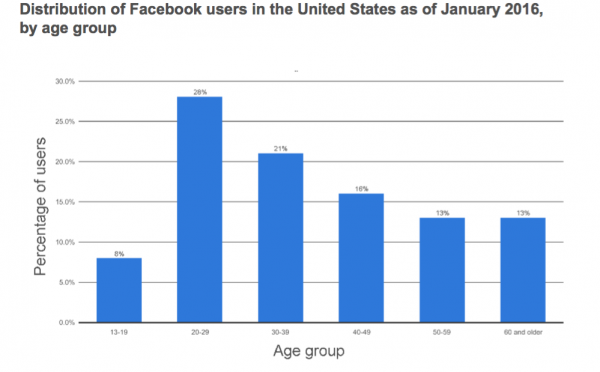 Oh, and approximately 84.9% of those daily users are outside of the US and Canada. 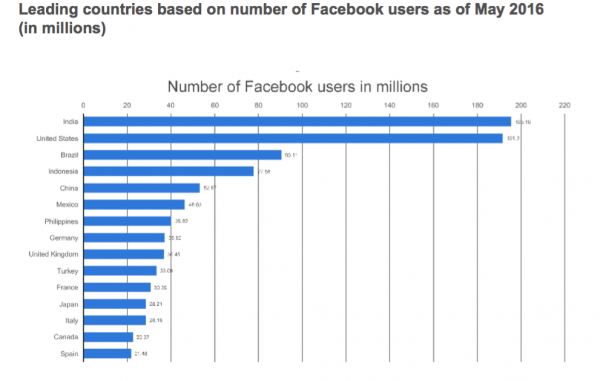 Nevertheless, when it comes to business use of social networks, Facebook is only third in terms of social network popularity. Per UMASS, LinkedIn and Twitter are the top two used by Fortune 500 companies. 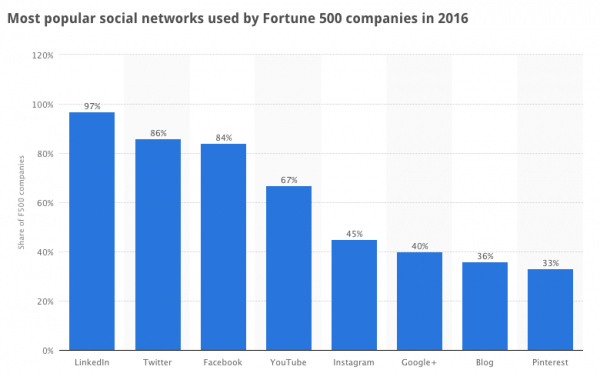 Facebook’s mobile advertising revenue represented approximately 84% of its third quarter 2016 revenue. Up from approximately 78% in 2015. The revenue for the three months ending September 30 reached $6,816 million of the $7,011 million total revenue. 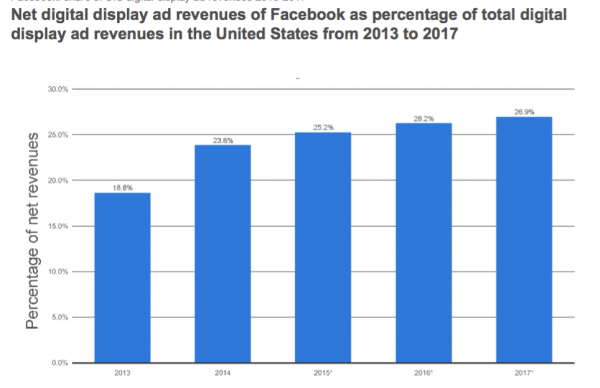 Product brands with the highest Facebook fandom aren’t particularly surprising. According to the Facebook Fan Page List, as of August 2016, Coke has 99.11 million fans with YouTube the next closest at 81.53 million. Redbull, Nike Football and Oreo are in a secondary tier with 46.21 million, 42.56 million and 42.44 million Facebook fans respectively. In the 30 million range are:

Microsoft Lumia was the fastest growing brand for Facebook fans as of April 2016: 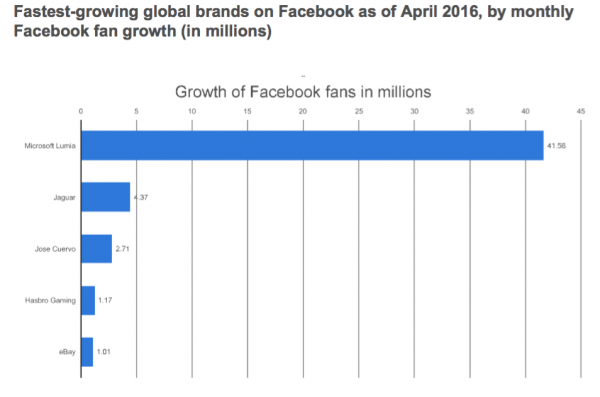 Candy Crush dominates Facebook games among users as of October 2016: 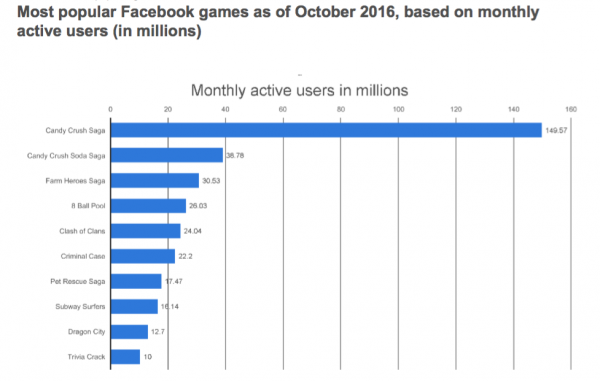 Why are people using Facebook? Giving something a thumbs up still reigns supreme. 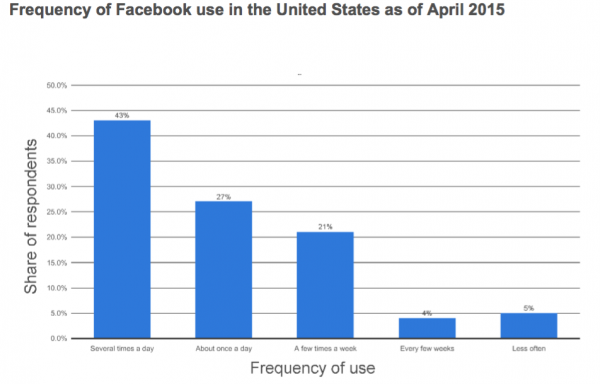 In fact 27% said they were using Facebook to research and find products to buy. Of course, this was the lowest reason for usage, with 59% saying they access it “to stay in touch with what my friends are doing.” Nevertheless, with Facebook’s uncanny reach it’s no surprise marketers continue to look for the best ways to leverage this social channel.