IT Market Statistics and Trends

The information technology sector has an important cascading effect on the global economy. Generating revenue and employing workers at a relatively high median wage, the IT sector also helps other sectors “improve productivity, operate more efficiently and innovate faster,” per CompTIA.

Not to mention that information technology can be a driving force in markets and can create transformative business value across a wide range of industries and markets.

Consider the industry’s potential with this roundup of IT market statistics and trends.

Every job at a computer system design firm helps to directly and indirectly support five other jobs in the economy. — CompTIA

Related reading: Defining a value proposition for IT service companies 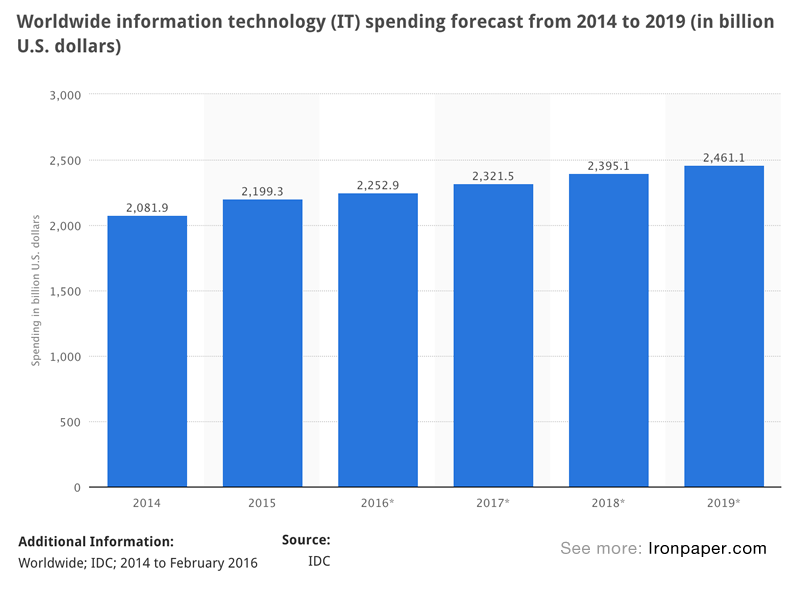 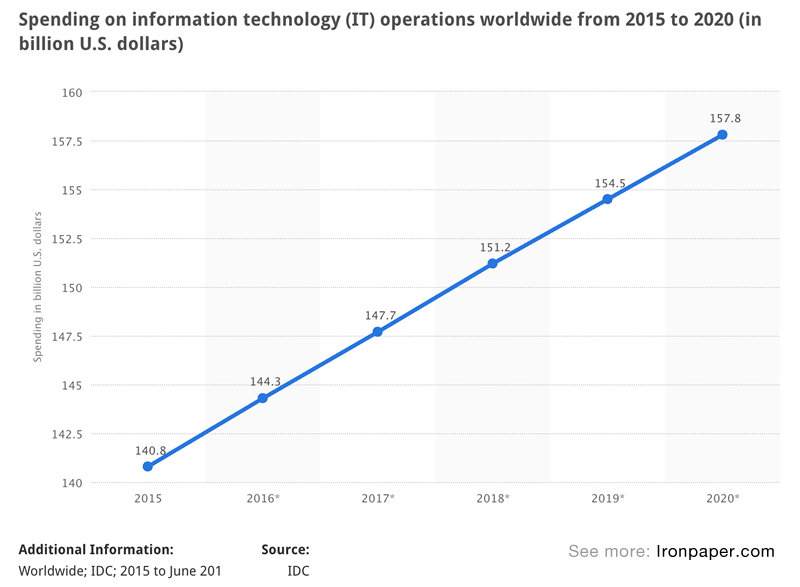 IDC and CompTIA forecast North America will be the source of 31% of the global IT industry's revenues. That's worth $3.8 trillion U.S. dollars worldwide. Yet Asia is not far behind at 29%. In fact, China is fueling the biggest shift in global industry allocations, IDC noted. 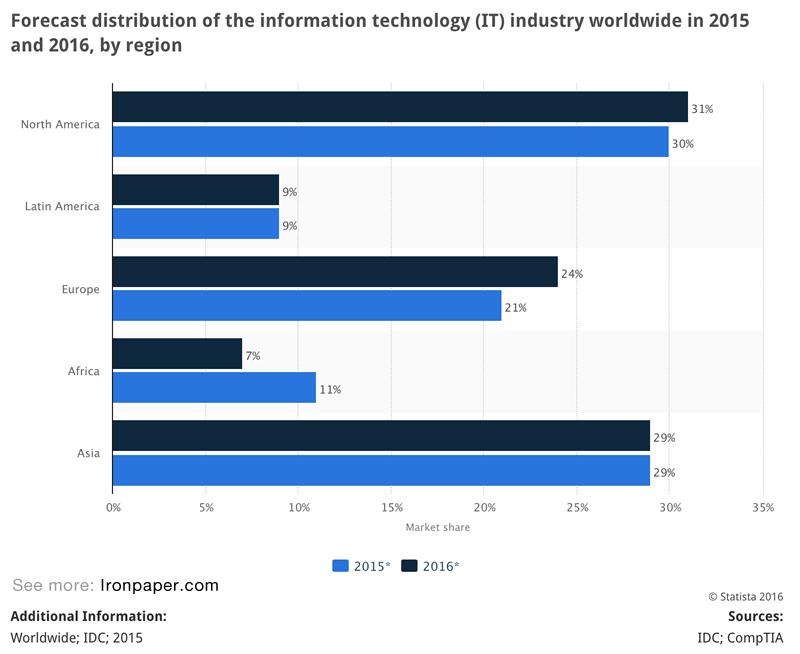 At the same time, the actual growth rate is expected to slow from a 5.64% rate in 2015 to 2.44% this year and ultimately 2.75% in 2019. Weaker growth reflects a declining PC market and slowing sales of servers and storage. Also China is suffering from market saturation for smartphone technology, said IDC Customer Insights and Analysis VP Stephen Minton.

Yet, within the regions, the allocation of spending tends to vary. CompTIA notes, “some markets may be relatively immature in the traditional categories of computers and software, and yet relatively advanced in the areas of mobility and wireless communication.” 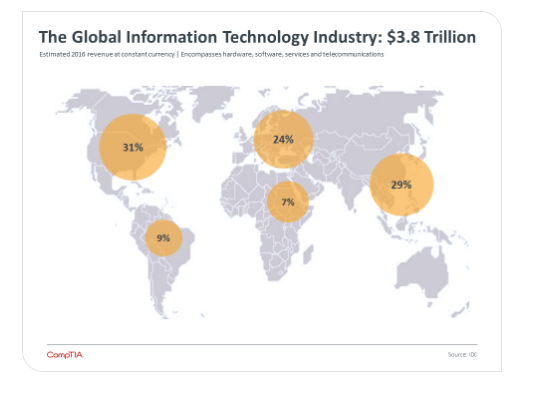 Still, in examining demand for IT products among global small and medium-sized businesses (SMBs), IDC sees a roughly 2% growth rate.

"Increasing investment in technology is an appealing way for firms to expand their capabilities without necessarily increasing their head count,” noted IDC Raymond Boggs, VP SMB research. “Technology spending will continue to vary by company size, geography, and IT category, with solutions-oriented spending (especially related to cloud and mobility) showing the greatest growth."

IT Marketing Statistics for United States 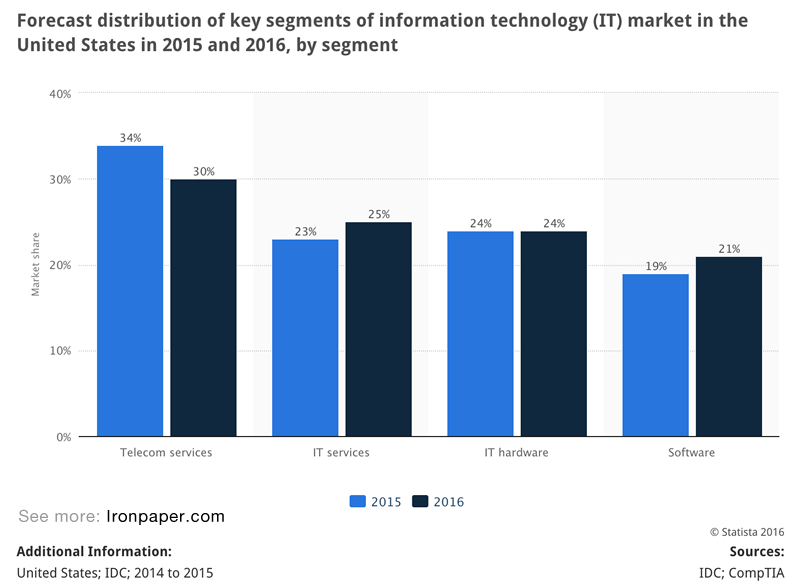 IT spending is at its highest in California, with New York and Texas nearly tied at second and third. Ohio, Georgia and North Carolina also appear in the top 10. 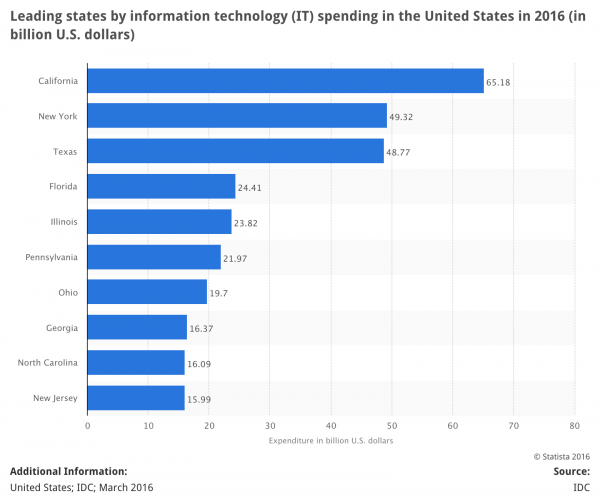 With these IT market statistics and trends in mind, what decisions will your marketing team make? Let Ironpaper help.