What is the size of the saas market?

Forecasts vary in estimating software-as-a-service (SaaS) market size, but there is consensus the market is poised to expand. The growth is due to organizations of all sizes becoming comfortable with cloud software offerings to add to, or at the expense of, on-premise solutions.

Some global statistics and predictions:

The primary use for SaaS among small-to-medium businesses in the US is file sharing (35% in 2015 and expected to reach 39% in 2018), according to Statista. The next top three sectors are online backup and storage, payroll and HR, and online accounting. Virtual desktop infrastructure (VDI), support and help, and online customer relationship management (CRM) represented smaller, but still growing sectors. 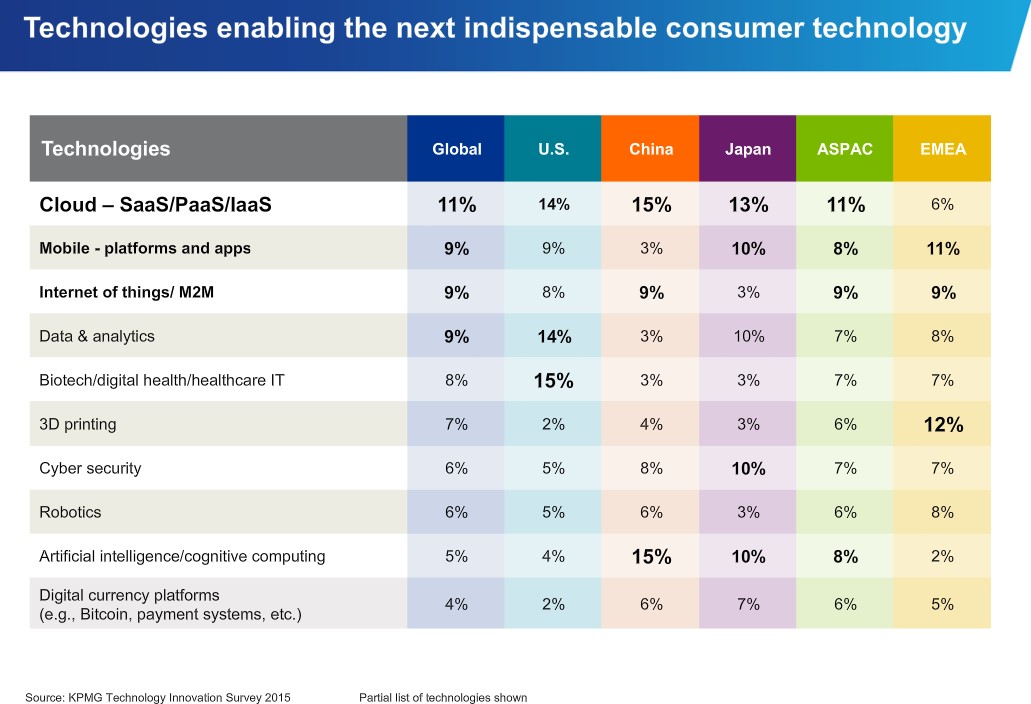 SaaS is the most matured cloud technology sector, according to TMR. "The market grew at a very strong double-digit rate, with demand in the Americas being the strongest,” according to the firm’s Mary Johnston Turner, vice president, Enterprise System Management Software.

Other TMR findings include:

Synergy Research Group meanwhile forecasts the market will triple in size over the next five years. Its research depicted the market share and revenue growth for the top 10 players: 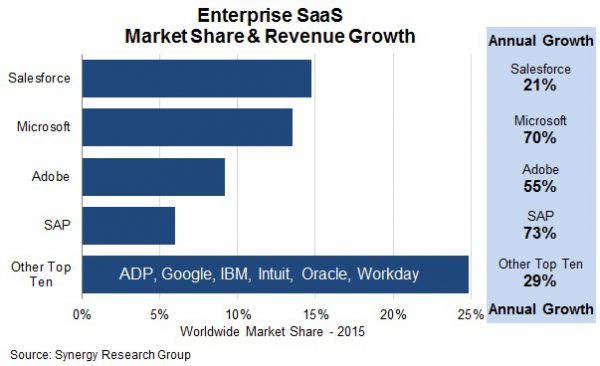 Synergy’s findings concurred with TMR’s view of SaaS as a more mature market with Platform as a Service (PaaS) and cloud based infrastructure (IaaS) on its heels. Gartner meanwhile described IaaS as the fastest-growing segment in 2016, forecasting it would reach 22.4 billion.