Video on Demand Statistics and Trends

“Did you watch ___?” has long been a conversation starter in the office break room or at a cocktail party. Americans today have even more options with which to fill in that blank, though. Media is increasingly fragmented in today's market.

Adults in the US receive an average of 206 television channels, yet watch only 20, per Nielsen. Consider these TV and Video on Demand statistics and trends when looking to understand the shifts in our viewing habits. 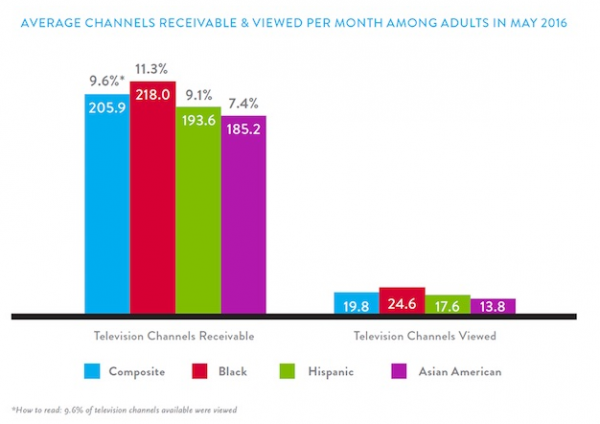 TV remains the most used medium in the United States:

Yet, the way we view television is changing, according to Nielsen. Especially how we are engaging with the content we want to watch. 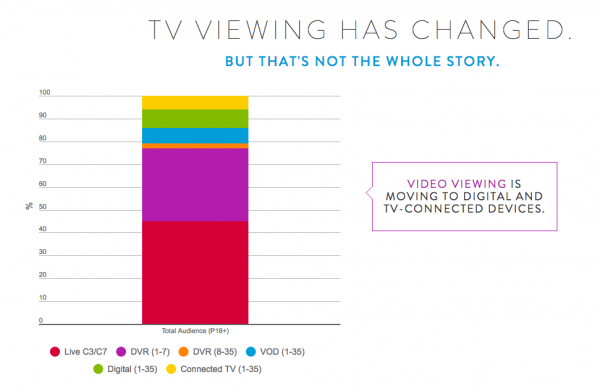 The Video on Demand (VOD) market includes pay-per-view (PPV), video downloads and streaming media. This premium content is shared over the Internet typically on a pay-per-view, subscription, or download purchase price revenue model.

The global VOD market is about US$16.3 billion in 2016. Accounting for 16% of the digital media market, VOD is significantly larger than digital music and on a similar level with ePublishing.

The VOD market cumulatively amounts to US$9,529 million in 2016 with growth in PPV, video streaming, and video download all predicted to drop annually.

The video market globally is growing at a compound annual growth rate of 8.3% to 2021. Still, saturation effects are starting to show in the US. Its CAGR is forecast at only 3.7% to 2021.

In that same 25 to 34 population, viewers can be segmented into different income levels with middle-income users making up nearly 50% of the audience in this age group. 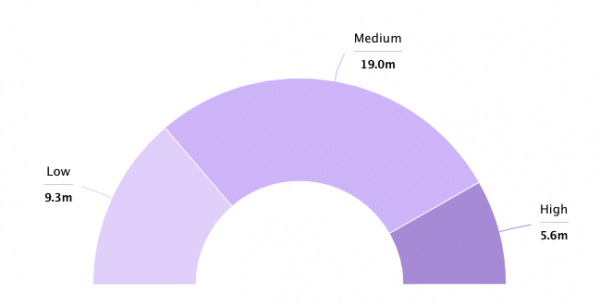 Netflix users spent 10 billion hours per month watching Netflix for a total of 42.5 billion streaming hours in 2015, according to Goldman Sachs

Plus, according to Deloitte, 70% of Netflix users binge-watch shows. Among millennials, 35% did it on a weekly basis.

Hulu has streamed 700 million hours; even though only has 9 million subscribers compared to Netflix’s 81 million.

Amazon Prime, too, is gaining more traction with 54 million members at the end of 2015, a 35% jump from the previous year — although this doesn’t say how many of those members are active Amazon Prime streaming content viewers.

Meanwhile, YouTube has over a billion users, and 80% of its views are from outside of the U.S.

Our viewing practices are changing. Marketers need to remain abreast of the movement in this market to have the best chances of marrying campaigns to the correct context for the right audience. Additionally, media companies can harness digital trends to capture and convert new audiences. Digital transformation is ripe within the media and video industries.